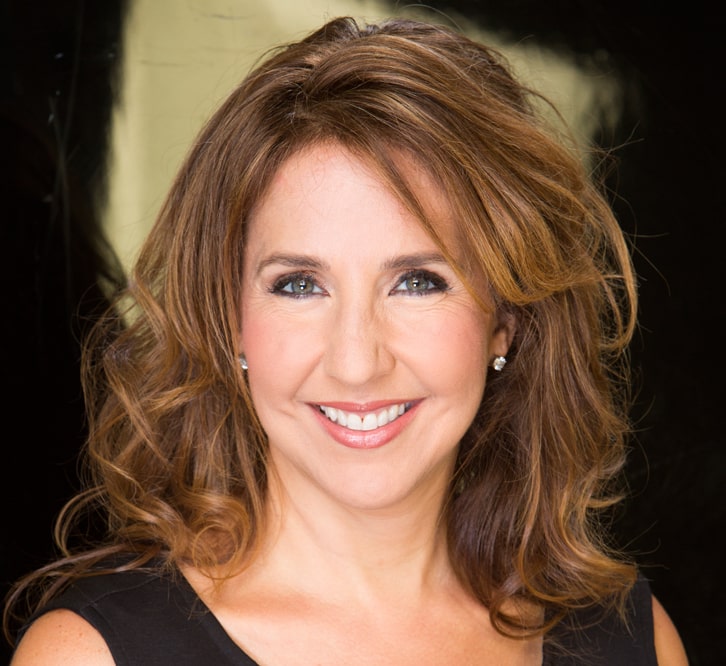 Jacquie Jordan is a dynamic, female entrepreneur and media expert who has built her stellar reputation working with successful individuals who want to take their business, message and brand to the highest level. She gets her clients the recognition, media exposure and business opportunities they intuitively want and deserve. As a visionary, she prepares, cultivates and promotes these individuals to rise to their highest potential. She elevates them from being experts in their fields to become recognizable Guestperts who make a positive impact around the world.

Jacquie began her reign in the media as a nationally recognized producer in broadcast television. She is a two-time Emmy nominated TV Producer including for her work on the acclaimed show Donny & Marie (Sony Pictures Television). As Showrunner for the long running AMC series Sunday Morning Shootout, hosted by Hollywood Icons Peter Guber and Peter Bart, Jacquie produced shows with celebrity guests including Steven Spielberg, Charlize Theron, Clint Eastwood, and George Clooney.  Today, Jacquie forays those producing skills into developing TV and web-based productions for her vast clientele and producing her podcast Front & Center with Jacquie Jordan, which also aired as a broadcast show on KTLA 5 Los Angeles and Fox 5 San Diego. 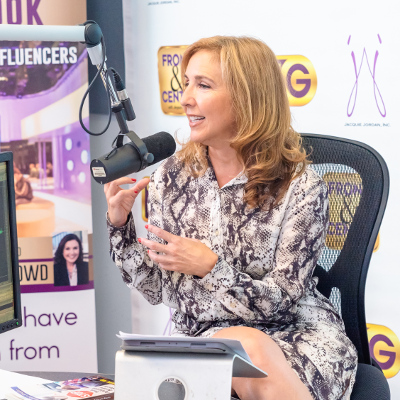 As a New York Times Best Selling Publisher, Jacquie is known for her ability to find the heart of any story and catapult her clients to become prominent authors, speakers and guests. Jacquie is a three-time author on the subjects of media and business. She has written The Ultimate On-Camera Guidebook: Hosts*Experts*Influencers, Heartfelt Marketing: Allowing the Universe to be Your Business Partner, and Get on TV! The Insider’s Guide to Pitching the Producers and Promoting Yourself!

As an in-demand speaker, Jacquie’s 2020 TEDx University of Delaware Gen X: Why We Need New Branding hit a chord with the often overlooked Generation X and has garnered over 50K views on YouTube. Recently, she has secured the rights to TEDx for Franklin, Tennessee, and is developing the upcoming series for launch in 2022. Jacquie is a favored commentator on Entertainment and Pop Culture appearing on CNN, FOX, CBS, ABC Family, Fox Reality and more. Credits and features:  Jacquie has been featured in Entrepreneur Magazine, Selling Power Magazine, Feedback Magazine, Emmy Magazine, and the cover of Woman’s World Magazine.

Jacquie is a graduate of the University of Delaware, with a B.A. in Communications and a minor in theater.

Jacquie has an immense passion for raising awareness around animal neglect and when she’s not saving animals, she enjoys spending time on her yoga mat or reading the stars in the sky!

I'd like to talk with you about anancientartifact- -called live audiences that used to exist way back before the year 2020. Way back in mynetwork days, I was a talk showand game showproducer. My Emmy

I derive great emotional satisfaction from my work

TVGuestpert.com I derive great emotional satisfaction from my work. Especially, when I see the execution of the full business plan come into play. We had great success today when Don "The

When the story doesn't add up...

TVGuestpert.com We are in the constant dialogue of pitching expert messages and selling stories to the media. When there is a hole in a story or if the story doesn't link up, our producin

It's not all about YOU!

TVGuestpert.com When working with many talented folks, some ideas make it to television and some, simply don't. Most of our inquiry calls begin with, "I want to have my own television sho

TVGuestpert.com I am so satisfied when I have a day where I can see my Guestpert's visions for themselves come to fruition by the fruits of our labor... as I sit here and hold the galley

"Jacquie, you probably don't remember me, but you used to book me on the Montel Williams Show."

TVGuestpert.com A call from a very successful television psychologist, Dr. Audrey Wise, who credited me for her television career said, "Everything that you ended up writing about in Get

What color is my opportunity?

TVGuestpert.com In my newly released book, Heartfelt Marketing: Allowing the Universe to Be Your Business Partner, I talk about our work as a company as being the aggregator of opportunit

Four Minutes of Real Estate on The TODAY Show

TVGuestpert.com I was asked, "Is four minutes for my segment good or bad?" My response is, "Everything out of your mouth is real estate." The key to delivering a mutually fulfilling

TVGuestpert.com In 2006 Bret Michaels came to my book signing for my book "Get on TV" at the Book Soup store in Hollywood, saying that he wanted a reality show. I had been a producer for

Are more bad things happening in the world?

TVGuestpert.com I had the privilege of doing a radio show this morning for the station that was my first media job during college breaks. WILD! One of the topics that came up was all the

TVGuestpert.com Every Story follows it's own precipitous news arc. That's why we, the publicists at TVGuestpert, know how to place the story on the particular wave of crisis. "It's all

This is important to know because depending on your area of expertise, you will know where you will fall in the media requested timeline of appearances. When a tragedy strikes - the first layer of b