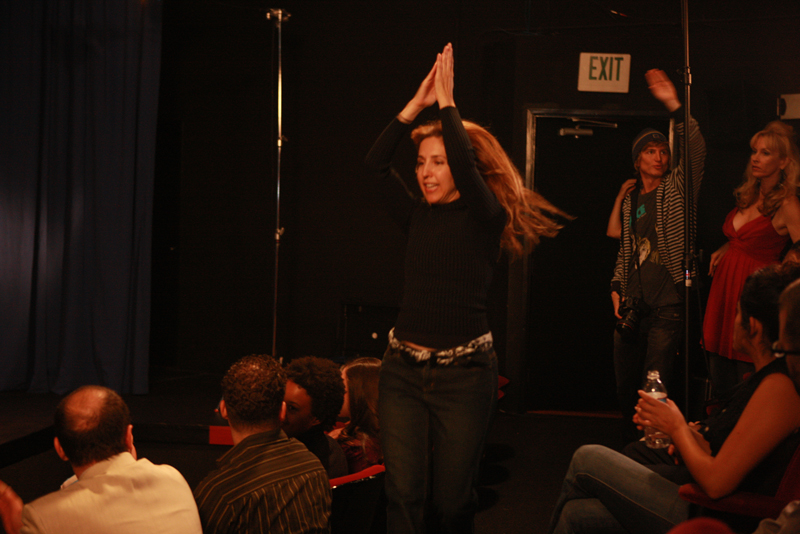 I'd like to talk with you about an ancient artifact - - called live audiences that used to exist way back before the year 2020. Way back in my network days, I was a talk show and game show producer. My Emmy nominations come from the Donny & Marie Show; I have produced for Montel Williams, Maury Povich (who's your daddy); I produced one game show for the animal planet, "You Lie Like a Dog" which was fun, and countless other television shows that were mostly taped in front of live audiences...as far back as Time Square Studios in New York City - also a relic...not New York City...Time Square Studios...or maybe New York City.

Recruiting these audiences was always interesting. On Hollywood Boulevard, you would find young production assistants giving away free tickets to tourists to most talk shows, especially first season talk shows. Oprah, of course, had a waiting list to get into her audience - and this was years before the color coordinated outfit requirements. Yes, that's a thing. The bigger the name of the show, the easier it is to get an audience, but tourists were usually always game for sitting in the audience if it means they are almost guaranteed to see someone famous or win something or just be on TV.

I was involved in producing a pilot for The Border Grill Girls - Mary Sue Millikan and her chef partner, Susan Feniger, who owned a series of restaurants in Los Angeles. Note, pilots take more time to tape than a regular show that's already on the air. In this particular pilot, the late John Ritter and his wife were comedic guests on a demo segment about how to get a good night sleep. The audience had been sitting there for way longer than expected, and people were starting to get antsy. An antsy audience is NOT a good audience, as we started to get hecklers who were unhappy. What does a desperate talk show producer do? Sugar. Dozens of dozens of doughnuts were passed around the audience to keep everyone satisfied for the moment so we could get the last bit of taping completed before they had their sugar crash.

But sometimes there is no stoppingthe infiltration of a good live audience on a show being produced. I was doing a show about therapists who abuse their patients for the Rob Nelson Show - an up and coming Gen X'r politico - the Church of Scientologyinfiltrated the audience because their position is against the use of psychology and mostly psychotropic medication which was content that was about to come up in this episode. Some how, a mole from the studio informed the Scientologists about my show, and they showed up in the audience and even made it backstage to my guests in an effort to recruit my guests to their church - I had to call security to have these uninvited audience guests escorted out. But the infiltration from someone on the inside of our production company, has left an ever lasting suspicious impression on me.

Three things you need to keep an audience happy -

1) Entertainment - the audience must be entertained, even in the lulls, good music, and often we used a comedian in between breaks

The future of audiences won't require in person entertainment, sugar, or t-shirts tossed to a sea of hands...The future of audiences will become Zoom Hollywood Squares - like us today - where people will take their square and be represented in the Zoom Room of audiences in future events where virtual clapping, jazz hands, and online polling becomes the virtual norm instead of the cue card man with a marker writing, "Clap now."

Expect the future of professional virtual audiences to happen for live concerts, where audiences will be selected based on the emoji's that they click; their preferences, and their thumbs out.  Audiences will be pulled together because artificial intelligence has coordinated those algorithms. We will be able to eat sugar from our own kitchens, entertain ourselves in between, and order a t-shirt to be delivered the next day with a click of the button with faces from anywhere on the world from a palm of a hand. The future of live audiences will have no limits other than physical interaction, and we are showing that this can be done.