Ubiquitous Relativity: My Truth is Not the Truth

Not one truth fits all sizes. Seven billion people on one planet, each 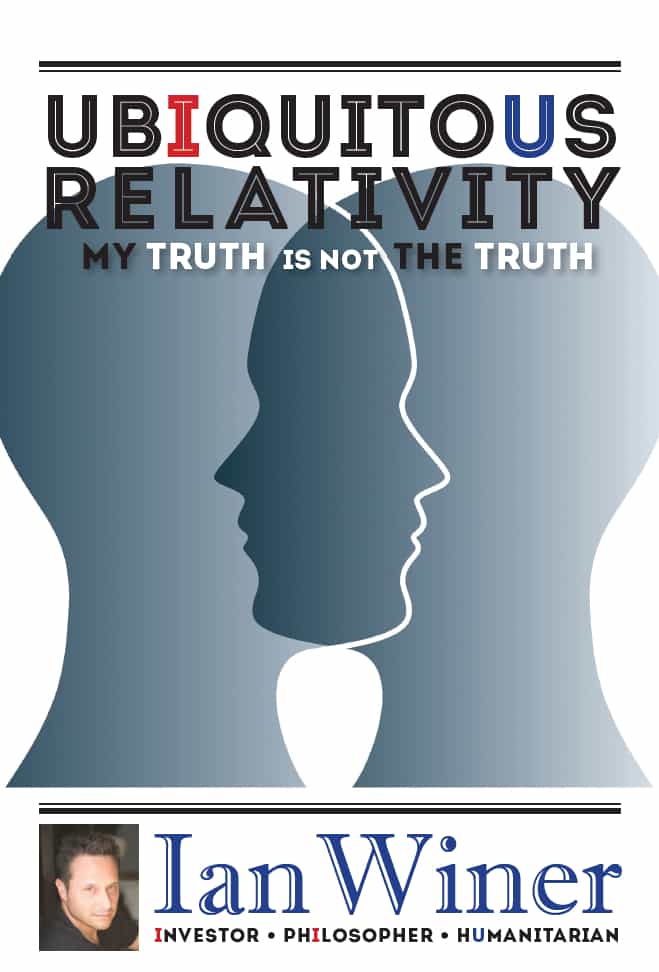 Ubiquitous Relativity: My Truth is Not the Truth

Not one truth fits all sizes. Seven billion people on one planet, each living in their own universe. One man's journey from West Point to Wall Street to Anonymity asking the Everlasting Question: How can I gain a greater sense of purpose in life through an improved connection to other people? In Ubiquitous Relativity: My Truth is Not the Truth, Ian Winer's philosophy lays a fresh roadmap for anyone searching for a more meaningful life by examining the senses and emotions unique to each of us and challenging our long-held beliefs about the world and everyone in it by pausing on our own judgements.

Ian invites each of us to take a leap of faith into the unknown, the uncomfortable, and the unfamiliar. Revealing how surviving an abusive household in childhood incorrectly informed him of a world that was limited and confined... in confronting his own truth, he opened up to the possibilities that everyone possesses their own truth revealing the twofold illusion of universality. The first illusion is that people sense the world in exactly the same way. The second illusion is that people react emotionally to those senses in precisely the same expectation. Ubiquitous Relativity considers a less conventional way, yet simplistic testament, to make a difference in the world - a world that can be less frightening and more hopeful.